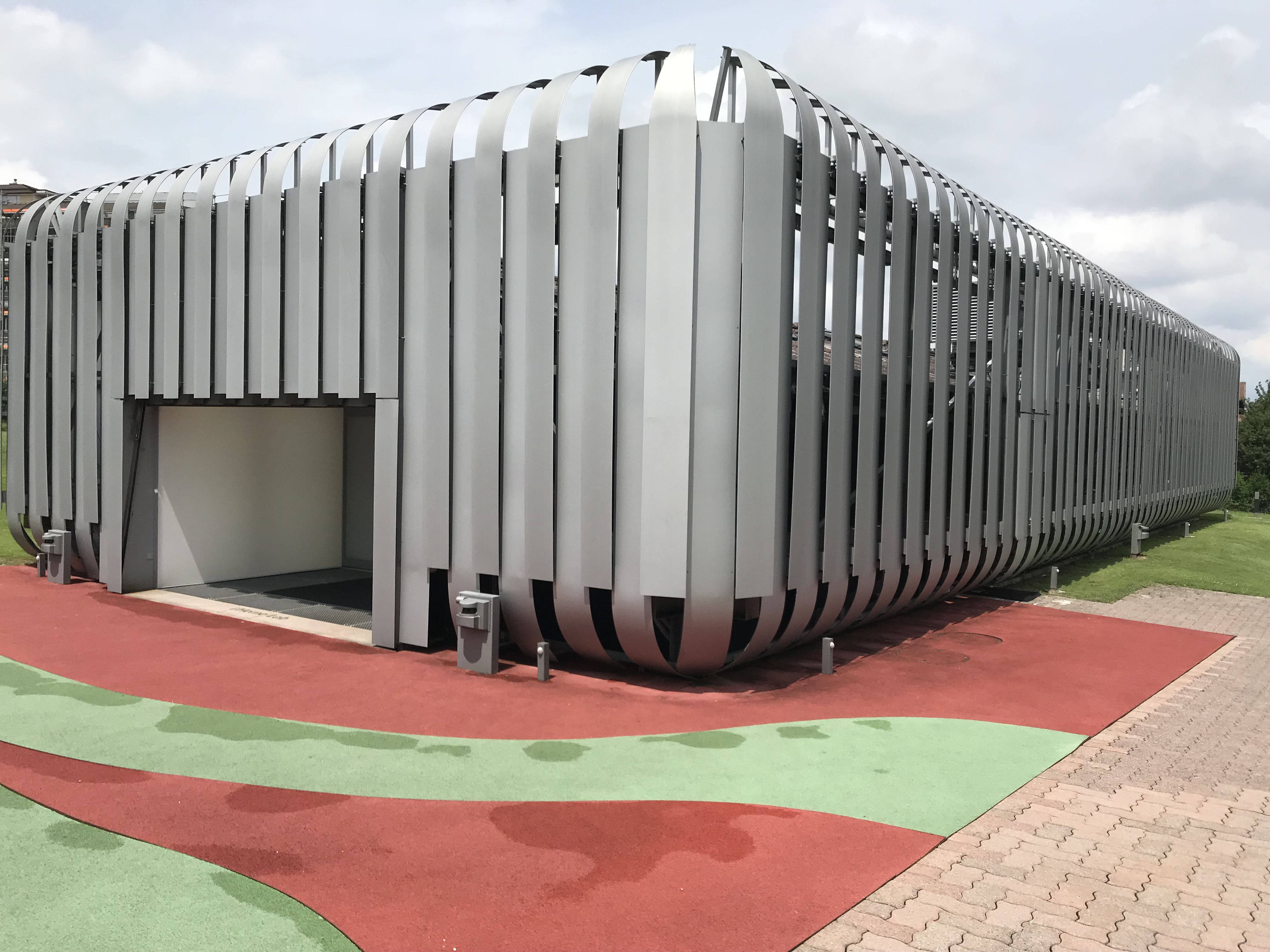 On June 7, 2018 we visited the iHomeLab of the Lucerne University of Applied Sciences and Arts. How can energy consumption be reduced thanks to intelligent buildings? How can the elderly live in their own four walls for as long as possible? This is exactly what the iHomeLab team is researching.

Since I had informed myself in advance, I was curious to see what will be shown to us during the tour. How far is today’s technology and are there components that I can already incorporate into my everyday life to make my life easier? With these and other questions I started on my way to iHomeLab with the Fluance team.

When I arrived on site I realized that behind the silver slat protection was a relatively old house. I was surprised and thought that the slat protection was the actual facade of the building. My misunderstanding vanished quickly when Peter Kronenberg started the tour. As he explained to us, the lamellas serve to insulate the heat in the house or to shield the cold or heat from the outside.

“James” is the name of the iHomeLab computer that opened the door to the lab. We entered a room with 2 large sofas, a kitchen and an entrance plant. When we took our seats on the sofas, a film was shown to us. In it, the three main aspects of the iHomeLab were introduced to us. Energy efficiency, comfort and safety – that’s what the iHomeLab team is working on.

After the film we were introduced to the individual aspects as well as everything that the team could already achieve. There is one feature that I liked very much and that I would immediately implement at home: As you walk through the apartment, the TV screen changes from room to room to another screen, no matter where you are. You wouldn’t miss a film clip as you move around the building.

The iHomeLab has too many functions to respond to all of them. What made me think, however, was that all the activities of one person would be taken up. Be it by cameras, the house computer, the identification card that the occupant carries with him so that the house computer can determine his location. If I had to live in the iHomeLab, I would feel uncomfortable over time. Because I would know that with a hacked system everything about me would be revealed: how I live, what I do, when I do it, etc.

Conclusion: The iHomeLab team has developed many good and helpful tools that could make life much easier for older people. But living in a “supervised house” would be “too much of a good thing” for me. The central question is: How secure is an iHome?