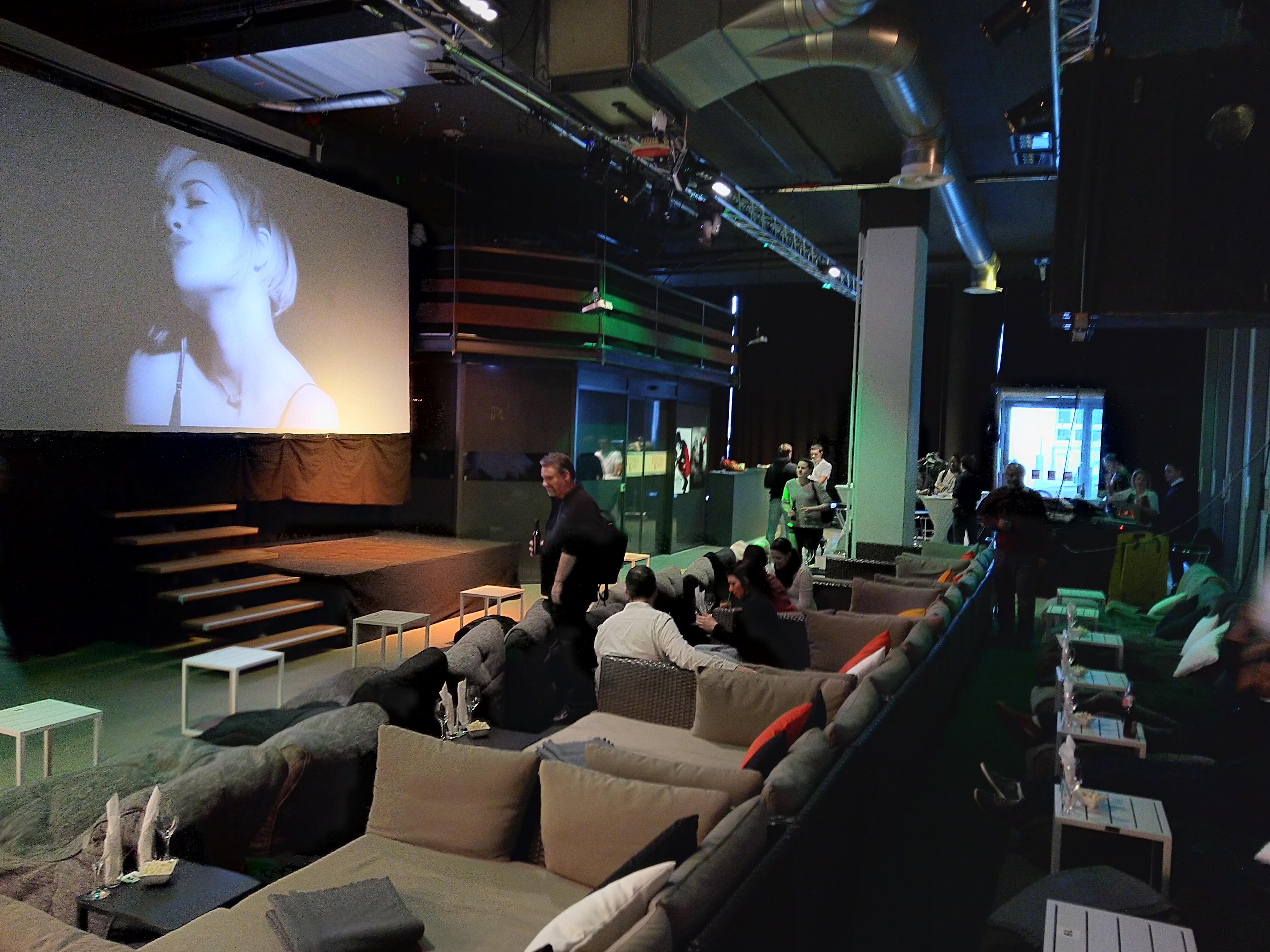 Meeting in the open-plan office: instructions followed as to where the journey was to take us. Further details remained secret. That’s how they always do it, Kurt and Jonas.

We changed the train at Zurich main station. After only 1 stop we left the train at the station Zürich Hardbrücke. A small walk between the tall buildings led us past pubs. What? Why not to the pub? Looks pretty dusky in there…. Where would we be taken?

In front of a lounge cinema we stopped and entered. Wow! Special and inviting, it was good. After pulling off the jackets we were allowed to order something arbitrary to drink. Time for a Cüpli (a little bit of Champagne), Aperol Spritz or beer. Small groups formed at bar tables. One chatted, nibbled chips, was immersed in coloured light that shone down on us from the blankets. Pure relaxation.

Sometime the light was switched off and the film started. We watched ” The Extraordinary Journey of the Fakir” in English with German and French subtitles. Equal conditions for all.

Then the film paused so that the main course could be served. Our vegetarians had to be patient, because there seemed to be misunderstandings when ordering in advance. Nonetheless, the error could be corrected. However: meatless snacks were exchanged with other dishes. We helped wherever we could. And if someone didn’t want to eat his bowl completely, there was still a hungry soul who was happy to help.

The light went out again, the film started again. The cozy sofas made us forget that at some point that evening we were forced to travel by train back  home. When the film was finished, there was time again for conversation and small talk. Some talked about cosmetics, others about snapchat.

The served dessert incl. coffee or espresso was excellent. But soon it was said that the connections from Zurich Hardbrücke to Zurich main station were problematic, we should go to the main station early so that there would be enough time to catch the right train for the way home.

At the station, some started running, others went on the track, the rest like lemmings behind. All this just to find out that the train had already left. Our group broke up into smaller groups, to kill the waiting time the station was roamed through. Finally everyone took his train.

The morning after that? Some came into the office, others took a day off. Maybe someone stayed overnight at Zurich main station to sleep it off? Fun aside. 😉

Thanks to Jonas and Kurt for this great event, even if you always make a secret of it!